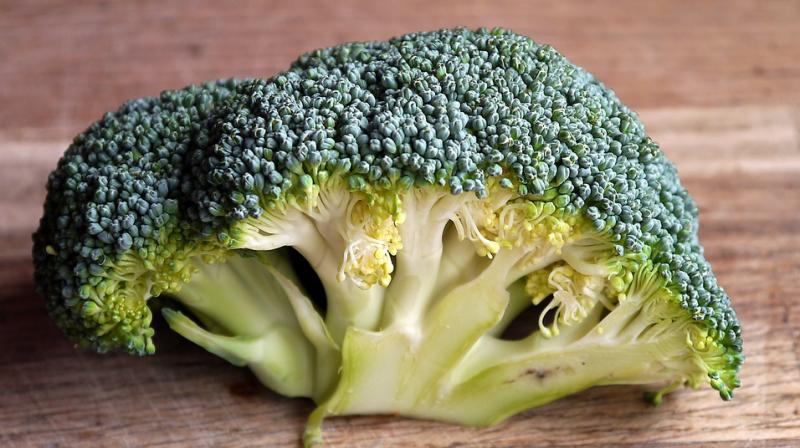 Studies show that women with a high intake of cruciferous vegetables such as broccoli, cauliflower, cabbage or kale have a decreased risk of breast cancer.

Washington: A compound found in broccoli and other cruciferous vegetables, may slow the growth of breast cancer cells, especially at early stages, a new study has claimed.

It is one of the first clinical studies to look at the effect of sulforaphane on breast tissues of women diagnosed with breast cancer, and researchers found that the compound was well tolerated and slowed the growth of cancer cells.

"Our original goal was to determine if sulforaphane supplements would be well tolerated and might alter some of the epigenetic mechanisms involved in cancer," said Emily Ho, a professor at Oregon State University in US.

"We were surprised to see a decrease in markers of cell growth, which means these compounds may help slow cancer cell growth," said Ho. "Dietary approaches have traditionally been thought to be limited to cancer prevention, but this demonstrated it could help slow the growth of existing tumours," she said.

Sulforaphane or other dietary compounds may be added to traditional approaches to cancer therapy, whether to prevent cancer, slow its progression, treat it or stop its recurrence, said Ho. The research was conducted with 54 women with abnormal mammograms who were scheduled for a breast biopsy and were studied in a double-blind, randomised, placebo-controlled trial.

They received either a placebo or supplements that provided sulforaphane.
The amount of sulforaphane they received would equate to about one cup of broccoli sprouts per day, if eaten as a food. A number of studies in the past have found that women with a high intake of cruciferous vegetables such as broccoli, cauliflower, cabbage or kale have a decreased risk of breast cancer.

Research has also shown that sulforaphane, which is found at the highest levels in such foods, can modulate breast cancer risk at several stages of carcinogenesis and through different mechanisms. In particular, sulforaphane appears to inhibit histone deacetylases, or HDACs, which in turn enhances the expression of tumour suppressor genes that are often silenced in cancer cells.

The intake of sulforaphane in this study did, in fact, reduce HDAC activity, as well as cancer cell growth. Additional studies are needed to evaluate dose responses,
work with larger populations, and examine the responses of other relevant molecular targets to either foods or supplements containing sulforaphane, researchers said.

Some other studies have also suggested that different types of broccoli extract preparations may be more bio-available for uses of this type. The study was published in the journal Cancer Prevention Research.